Media allegations of sexual misconduct of the SAFTU General Secretary 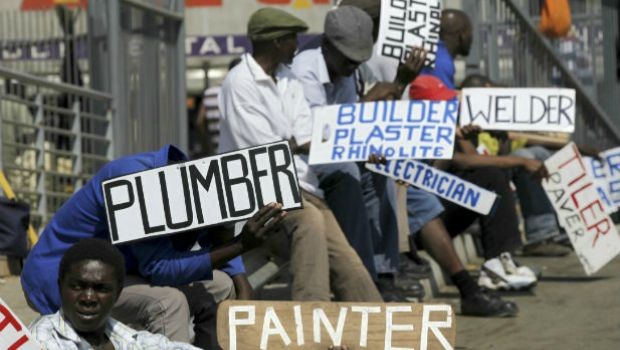 The South African Federation of Trade Unions is appalled by the StatsSA report that employment fell by 69 000 to 9 748 000 in the second quarter of 2018. There was also a decrease of R5 billion in gross earnings from the previous quarter.

This means that around half a million people have been plunged into poverty, as 69 000 family bread-winners join the 9.6m unemployed South Africans. Even more adults will be unemployed than will be employed.

This provides yet more evidence that the economy is sinking further into recession and that as always it is workers who are paying the price.

Even worse is that the manufacturing sector, which is so crucial to any economic recovery, suffered the biggest job loss – 13 000 workers. The mining and utilities sectors each suffered a loss of 2 000 jobs.

These dreadful statistics show the total inadequacy of President Ramaphosa’s Stimulus Plan, which failed to even begin to appreciate the depth of the economic catastrophe which 24 years of neoliberal capitalist policies has brought about.

He promised no additional government resources, just reshuffling budgets to rob Peter to pay Paul. He appealed to his allies in big business, finance institutions, pension funds and ordinary investors to come up with R400bn for an ‘infrastructure fund’.

But these institutions are the cause of the problem, not the solution. Their ‘investment strike’ over many years has robbed the country of investment which could have saved jobs. In the second quarter of 2018 alone portfolio outflows came to about R947 billion, according to data from the Institute of International Finance.

So how can we now expect bosses’ organisations like the Steel and Engineering Industries Federation of Southern Africa to be serious about ploughing money into the infrastructure fund. Its economist Marique Kruger says that “Seifsa is seriously concerned about the jobs lost in the manufacturing sector during the second quarter and eagerly looks forward to the implementation of the economic stimulus plan announced by President Cyril Ramaphosa last week”.

The fact that he can look forward to the implementation of the plan shows that  businesses see themselves as beneficiaries from, rather than contributors to, this fund!

The StatsSA report comes a week before the Jobs Summit, in which government business and labour are supposed to be finding solutions to the employment catastrophe. It will however achieve nothing if all we hear are appeals by government to business to contribute to the infrastructure fund and business appeals to government to bail them out.

The one thing that nether government and business constituencies will accept that this crisis is structural. It arises because the neocolonial economy is based on extraction of mineral deposits, shipping them to colonial masters, only for what was taken out of the ground to return as finished products.

Our economy remains dominated by finance capital which takes the whole of the manufacturing sector prisoners in their drive for super profits. The free-market, yet highly monopolised capitalist system, which is based on the exploitation of workers and the drive to maximize profits is at the center of the increasing catastrophe of unemployment, poverty and inequalities.

There is no way that the opposing classes – the workers and the capitalists — can sit down and in Midrand and agree to a solution which is in both of their interests.

If President Ramaphosa is at all serious about reducing unemployment he has to start by accepting that the reason the economy will not grow fast enough to create jobs in the numbers required is that the government is still locked into an inappropriate economic strategy which began with GEAR and the National Development Plan.

We are paying the price for neoliberalism which dictated that we drop trade tariffs and open our economy to the cold winds of international competition as Trevor Manuel and Alec Erwin argued during their brief and disastrous spell as the Ministers of Trade and Industry.

SAFTU is prepared to join in any genuine attempt to find solutions to the plight of all South Africans, but rejects completely any plan which only proposes more of the same pro-big business policies. In particular the federation demands that:

The exploitative capitalist system has to be replaced by a new democratic socialist order, in which the wealth created by the labour of the working class is owned, controlled and shared by the working people and not a super-rich elite. 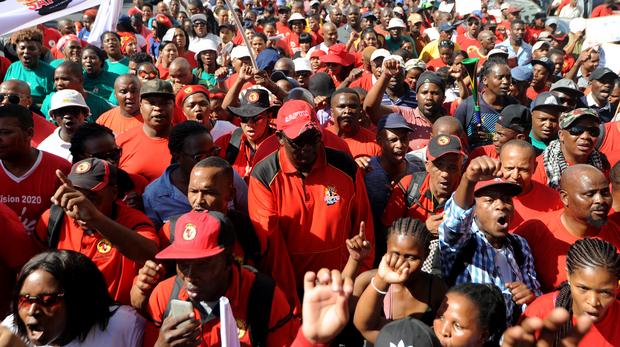