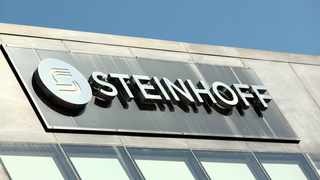 The South African Federation of Trade Unions (SAFTU) is disgusted by Steinhoff’s continued arrogance and gross insensitivity. The CEO of the company, Louis du Preez, will be getting over R60 million in salary bonuses and incentives, right in the middle of an investigation into their scandals and financial shenanigans. Their remuneration committee has approved the decision. This is a direct insult to the civil servants who lost over R21 billions of their pension investment due to Steinhoff’s so-called accounting irregularities, which is nothing but white-collar crime and corruption. This is why South Africa’s corporations occupy the second spot in terms of being the worse corruption, according to the PwC latest report.

The SAFTU demands Steinhoff to use that money to recover claimants’ losses, especially those in civil service. Steinhoff is brazen enough to splash out cash to its top brazen looting of our people pensions that left them in tears. SAFTU demands that Steinhoff pay back the R21 billion rands of pensioners and workers’ pension funds.

SAFTU calls on parliament to take appropriate steps in stopping Steinhoff’s further abuse of power. SAFTU has submitted a Section 77 notice to, amongst others, demand that the executive salaries, bonuses and other pecks be cut drastically as part of efforts to reduce the income inequalities that have made South Africa a country with worse inequalities in the world.

SAFTU is equally nauseated by the NPA carrying a begging bowl, asking big business for money to assist with investigations. Where has it happened that the police ask criminals for hand-outs to arrest criminals? This is just a clear indication that our government’s budgeting priorities are misplaced, and big corporation crime is not taken seriously. This is again yet another price the country is paying for the government austerity programme.

SAFTU will take this matter up with the leadership of the NPA to end this circus. NPA and Steinhoff must stop these embarrassing financial overtures and put the rule of law first. Accepting donations using an excuse that the investigation is complex is utter nonsense. There is an apparent conflict of interests that the country should reject with the contempt it deserves.

SAFTU will continue to monitor this saga and will not hesitate to take legal action to stop this conflict of interests if the NPA persist in receiving blood money from Steinhoff.