SAFTU statement on the International Day of the Nurse

The South African Federation of Trade Unions (SAFTU) has noted the none announcement of President Cyril Ramaphosa. Basically, he told the country that the government is “preparing for a further easing of lockdown and a gradual opening of the economy”. The President further told the nation that “we will make further announcements after the completion of consultations with relevant stakeholders on a proposal that by the end of May, most of the country be placed on alert level 3, but that those parts of the country with the highest rates of infection remain on level 4”

While this is important indicative information, most South Africans were expecting a more decisive announcement and information. For example, based on the figures announced by the President, only 0,5% of the population has been tested. There is no breakdown presented to see where the hotspots per every ward are, town, workplaces, sectors in the economy are. We need to know the percentage of tested people per each province as a percent of the population in each province. We need to know why Western Cape has become the epicenter of the virus. For example, we need to know if the Western Cape high numbers are in any way linked to the levels of testing of citizens as some have argued. We wanted to hear the impact of the lack of capacity in government and private sector laboratories on the spread of the virus in the provinces such as the Eastern Cape wherein its biggest metro, Nelson Mandela, people are spending more than two weeks waiting for the results.

We needed to know what advice the government is getting from scientists in this regard. We needed the confusing and often contradictory statements made by the government and scientists to be better clarified. For example, we demand clarity if the government has come to the conclusion that tens of thousands of South Africans will die from Covid-19, and therefore that we must prepare mass graveyards. We need a government to say that we are moving towards alert level 3 because of scientific scenarios that follow testing results and what we know about the spread of the virus.

The government must lead but it must give us an assurance that it continues to rely on the advice of scientists, instead of responding to the pressure of interested parties seeking profits, which we suspect it would like to appease, at the expense of the lives of the working class. The government has also shortchanged the poor and working masses, the women, the youth, the elderly, those already suffering illness, the disabled, and all the other oppressed. The inadequate handouts given to tens of millions of people late last month, so they can simply survive this period, are beginning to trickle down. But the implementation systems are inadequate. And the potential to use this period for a genuine Just Transition to transform our economy into one based on labour-intensive, ecologically-sound and socially-equitable principles is being frittered away. Some of the most irresponsible sectors and firms are willy-nilly making profits at our expense and spiriting illicit financial flows out of South Africa, completely unreformed. President Ramaphosa gave no indication that he cares, much less has a solution, to these socio-economic aspects of the crisis.

The announcements made by Ramaphosa without those details seem to be a government pandering to the pressure of big business, which has been relentless.

We, however, agree with the government that the lockdown has produced good results. In particular, we are pleased to know that – if testing results can be believed – the rate of infection remains low at 181 per million when others in Europe have more than 2400 infection per million. Equally the numbers of recoveries are impressive so is the number of people dying quite low.

SAFTU is however extremely worried by the spike in numbers since the softening of the lockdown. SAFTU is extremely concerned that many employers are not complying with the return to work regulations announced by the Minister of Cooperatives and Traditional Affairs and later detailed by Minister of Employment and Labour. We fear that this may be the main reason why we are seeing a spike of infections in alert level 4.

SAFTU is extremely concerned that the unions are simply overwhelmed by worker complaints about lack of Personal Protective Equipment, lack of social distancing measures and other hygienic steps, etc. Many are simply being thrown into harms way, resulting in a high chance of death. The Department of Employment and Labour is equally overwhelmed and with no capacity to enforce regulations. In a situation where unions only represent 24% of the working population, inevitably workers in the most vulnerable sectors are at the mercy of unscrupulous employers who are now cutting corners, prioritising profits at the expense of the lives of the working class.

Lastly, President Ramaphosa wrongfully commends his government for being consultative and promises to consult even more. Nothing can be further from the truth. Our experience is that the government is not only failing to consult but has is actually adopted a factional approach.

SAFTU has been kept out of the National and Provincial Centres. Our letters of protest are being ignored. SAFTU is a member of a network of 140 working-class formations called ‘Cry of the Xcluded’ and has worked with 250 civil society formations in the COVID 19 People’s Coalition. Nearly 150 economists also wrote a letter to the President calling for decisive steps to avoid what is already happening today in the economy. President Ramaphosa promised these economists a meeting which he simply later did not honour. All of us remain locked outside. We are not being consulted. We are sidelined because we are not the praise singers of the government.

We call on the government to liberate itself from factional politics of the tripartite alliance and accept that the government must work with all citizens of the country during the pandemic crisis we face today. 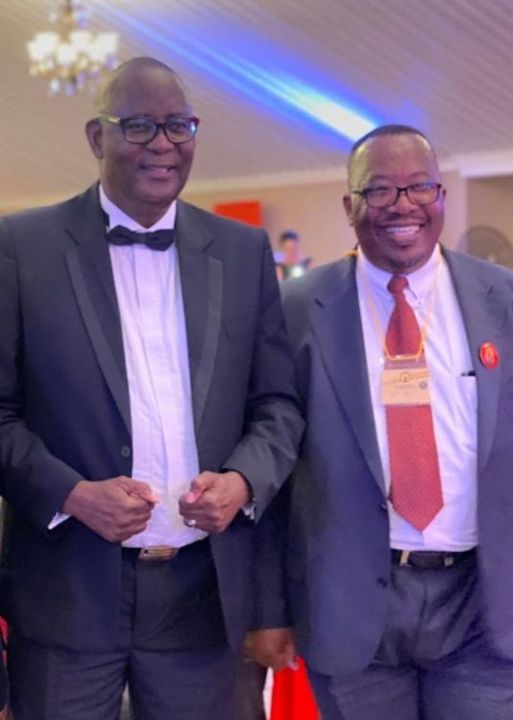 Eulogy by Zwelinzima Vavi, General Secretary of SAFTU to the memorial service of #PatrickMkhize