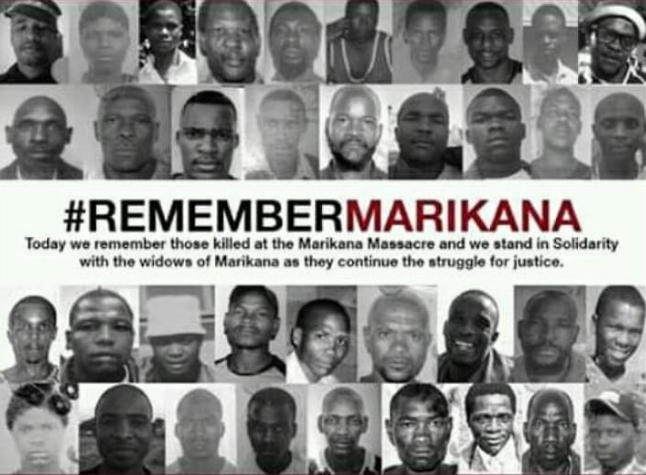 On 16 August 2012, striking mineworkers at Lonmin in Marikana were mowed down in a bloody massacre, leaving 34 miners dead and about 78 injured. This massacre represented a qualitative turning point politically in the country.

The massacre succeeded in sharpening the contradictions within the Congress of South African Trade Unions (COSATU). The mineworkers ― organizing themselves into strike committees ― conducted an open rebellion against the National Union of Mineworkers (NUM) leadership, accusing it of being captured by mine management.

The massacre, combined with the initial complain of the sell-out allegations of the NUM leadership, took this debate to its logical conclusions in COSATU, and put on the center, the relevance of the tripartite alliance. These debates on the relevance of the alliance in the context of ANC’s talk-left walk-right gave birth to sinister plans to drive out of COSATU, the biggest affiliate, NUMSA, and the now General Secretary of SAFTU, Cde Zwelinzima Vavi, (then GS of COSATU).

On this basis, Marikana massacre partially catalysed the birth of SAFTU.

Further, Marikana massacre demonstrated more clearly the class character of the ANC to the rest of the working masses. Until then, the working people had illusions that despite its policy direction since 1996, it would not massacre people in defense of capital. Marikana massacre tore that illusion apart.

Having started with Andries Tatane in 2011, Marikana massacre in 2012, the ANC government succeeded to brutalise students and workers in FeesMustFall and OutsourcingMustFall, and community activists in service delivery protests, thus cementing its character as biased to business and not the people.

Ironically, these series of brutalisation took place under Zuma’s administration, proving that contrary to what his desperate supporters would like us to believe today

with rhetoric of him being progressive and revolutionary, he is as much a pro- capitalist as president Cyril Ramaphosa.

Political players in the massacre

Neither Zuma ― who presided over the state then ― nor Ramaphosa, who was a non-executive director of Lomnin and had sent an email that pressured police minister, Nathi Mthethwa, to act ‘concomitantly’ against the striking mineworkers, have been held responsible for this massacre.

Instead, Nathi Mthethwa has been rewarded for taking that “concomitant action” on the 16th of august 2012 with a sit in Ramaphosa’s cabinet as the minister of Sports, Arts and Culture. Ramaphosa was given a deputy presidential position of the ANC in December 2012, and today, is the sitting president of both the ruling party and the country. Zuma is in prison for matters unrelated to Marikana massacre, and his pretentions to be pro-worker have been disproved by this massacre that tore families and snatched bread winners, leaving them in untold poverty and their children despondent.

Farlam Commission recommended the establishment of a panel of experts to examine and make recommendations on policing and crowd management. The unfortunate consequence of this recommendation is that it has been used to relegate that deliberate orchestration of the massacre to the incompetency of the police. But that is not true. The massacre of Lomnin mineworkers in Marikana was a predetermined “concomitant action”, not the incompetence of police in crowd management.

The real role players are the political officers at the time: President of the country, Minister of Police, and the National and Provincial police commissioners of the time, including Ramaphosa. The massacre should not be relegated to the police force on the ground as such. The suggestion that they acted incompetently scapegoat the instructions of the political leadership.

Justice for the slain mineworkers

In a seminar last year, some of the children of the slain mineworkers considered dropping out of school to look for work to assist their families. Should they drop, they

will be joining 40% learners who drop out of the schooling system before reaching matric in South Africa. The ultimate result is a trap in perpetually low-skilled and precariat jobs that remunerate slave wages.

SAFTU reiterates that the following role-players should be charged for premediating and ordering the cold murder of the mineworkers in Marikana: 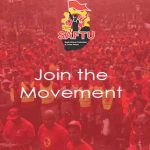